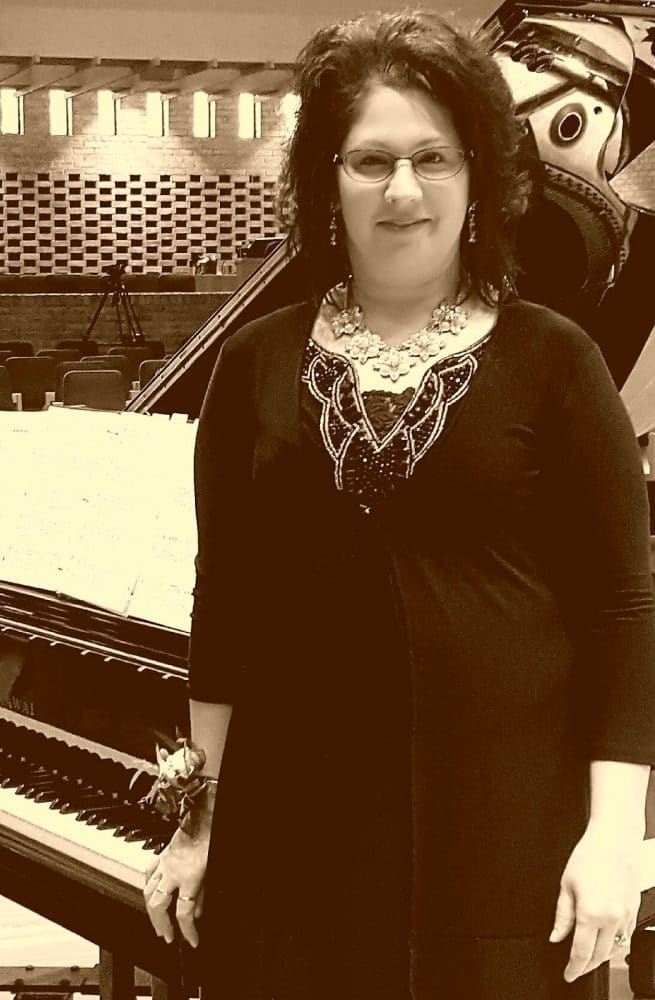 Vivian, a resident of Fennville, MI since 1999, was born in NJ and received a BM degree in Piano Performance from Mason Gross School of the Arts, Rutgers University in 1992.

Vivian has shared her love of music through private piano teaching and freelance performing. The ability to communicate thoughts beyond words through music has always been her passion. She provides classical and sacred music for weddings and enjoys collaborating with instrumentalists and vocalists to offer customized arrangements. She has been active as a Church musician since childhood.

Since 2009, Vivian has served as full-time accompanist for Fennville High School Choirs. Since September 2017, Vivian has been the full-time accompanist for the Lakeshore Community Chorus in Saugatuck. Since 2019 she has also served the Chamber Music Festival of Saugatuck as Production Coordinator. Vivian and her husband have six children, most of whom are grown, and she has been deeply dedicated to caring for them.

Vivian’s principal teachers were Theodore Lettvin, (who studied under Rudolph Serkin and Mieczyslaw Horszowski) and Paul Hoffmann (whose teachers included Leon Fleisher, and Dieter Weber). While at Rutgers, she received a scholarship to participate in “The Moscow Conservatory in America. 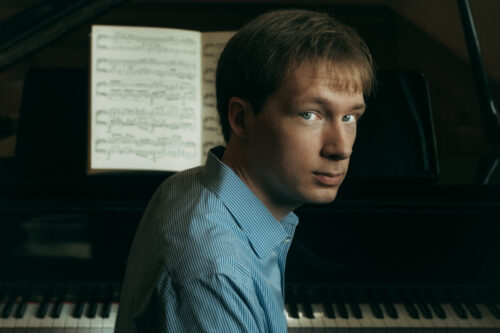 Pianist Daniel received his Bachelor of Music degree in Piano Performance from Hope College in 2021. Since 2017, he has performed and accompanied for voice students and choirs throughout West Michigan, and his time at Hope brought many other collaborative opportunities including winning Hope’s Concerto-Aria competition in 2019. Based in Holland, Daniel works as an accompanist for Grand Haven Area Public Schools and also teaches piano privately and at Avalon Music Academy. He loves being able to guide beginning pianists and singers in their first steps towards finding fulfillment and joy through music. When not at the piano or in front of his students, Daniel enjoys exploring the outdoors with wife Sam, and is always content to be on a tennis court or buried in a thick book. Daniel’s piano teachers and mentors have included Andrew Le, David Keep, Clara Christian, and Dwayne Huff, and he is thankful to all of his mentors, teachers, and professors that helped him become the musician he is today and encouraged him to never stop learning.